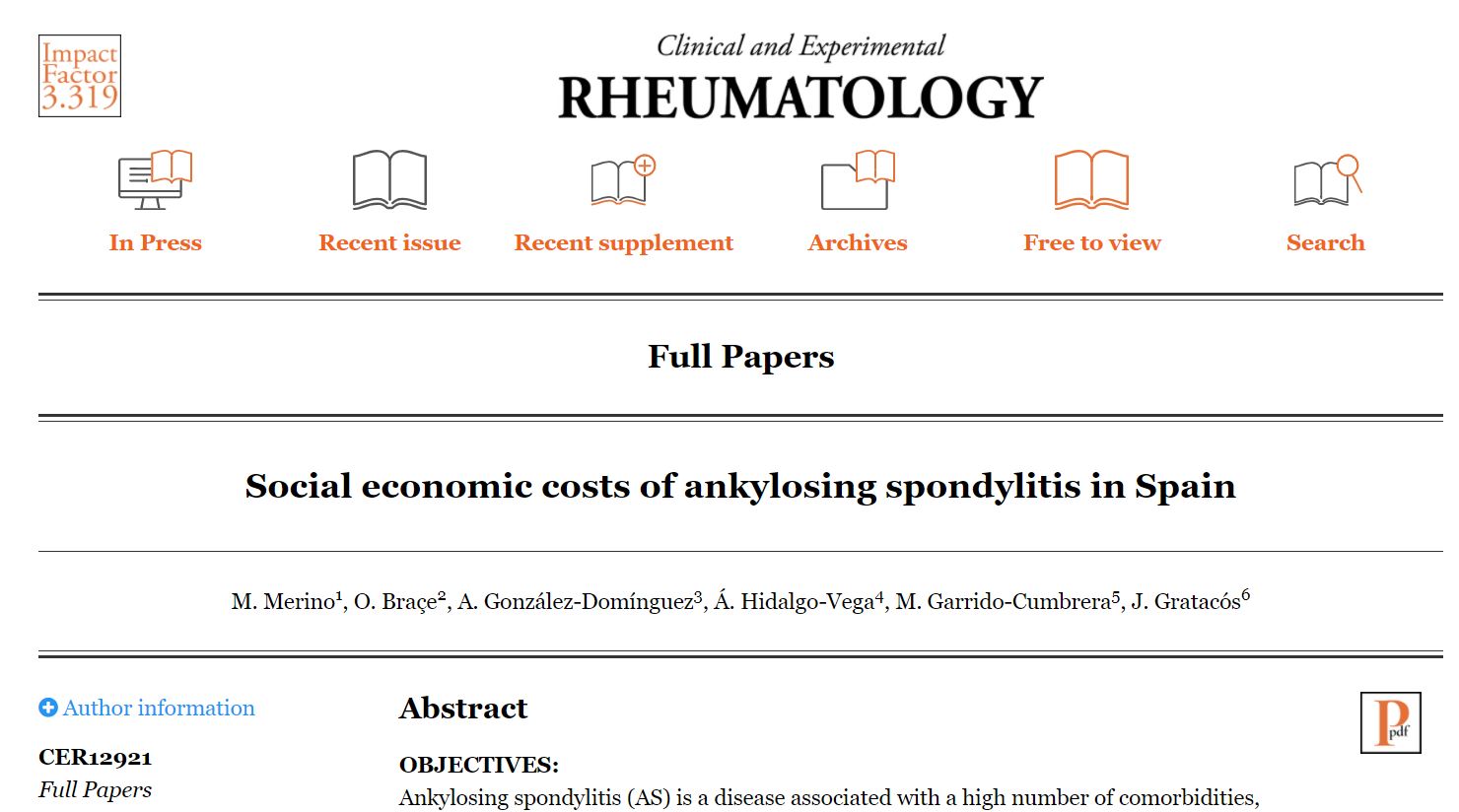 Objectives: Ankylosing spondylitis (AS) is a disease associated with a high number of comorbidities, chronic pain, functional disability, and resource consumption. The aim of this study was to estimate the burden of AS in Spain. Methods: A questionnaire, designed for the development of the «Atlas of Axial Spondyloarthritis in Spain 2017» cross-sectional study, was distributed to patients in 2016. This questionnaire was used to collect relevant sociodemographic and clinical information on patients with AS, as well as to identify resource consumption and patient work productivity losses related to AS within the previous 12 months of survey completion. Subsequently, direct costs were estimated with the bottom-up method and work productivity losses with the human capital method. Economic burden was estimated by subgroups, taking into account the degree of disease activity and the psychological status. Results: The study sample comprised 578 patients with AS: mean age was 46.0±11.0 years, 52.9% were males, and 35.8% had a university-level education. Mean disease duration and diagnostic delay were 13.4±11.3 and 8.4±7.6 years, respectively, and mean Bath Ankylosing Spondylitis Disease Activity Index was 5.4±2.1. The estimated median annual cost per patient with AS was 5,402.4, with an average annual cost per patient of 11,462.3 euros, of which 61.1% (6,999.8 euros) were attributed to direct health care costs, 5.3% (611.3 euros) to direct non-health care costs, and 33.6% (3,851.2 euros) to work productivity losses. Conclusions: AS poses a significant burden for the Spanish National Health System and society.

Multidisciplinary approach to psoriasis in the Spanish National Health System: A social return on investment study

Impact of non cardiovascular comorbidities on the quality of life of patients with chronic heart failure: a scoping review